Back To Regional View

When a company is registered, its registered office address is the publicly visible location of the company and the company has to legally be able to receive post at this address. Over 2000 companies every day (sometimes over 3000) get formed. These are in England, Scotland, Wales and Northern Ireland.

We analyse whether a registered office has a valid UK postcode that we can get grid co-ordinates for distance calculations and make sure the company has not closed down since it formed. Motherwell has got 18,236 companies that are not closed and have a 'postable' address. That is 18,236 companies who may be interested in receiving your marketing message offering your services under the legitimate interest rules of GDPR (assuming you are marketing to companies who you feel have a potential interest in your services, either geographically or by category).

Motherwell is made up of the following towns and villages


Our Recently Formed marketing database is updated daily on the previous days company activity at Companies House to allow you to find new companies quickly and easily. We provide the widest choice of filters available for Recently Formed Companies. And its not just Newly Formed companies - We have over 4 million companies - from new starters to companies over 100 years old, able to be filtered geographically or by category (where available), but if you are looking to get in touch with companies within the general Motherwell area, here is a breakdown of how many companies have been recently formed in this area

We also look on a month by month basis to see how many new companies are in the area of Motherwell. These figures show how many came onto the register in Motherwell in that month (and are considered 'postable').

Companies analysed by category instead of location 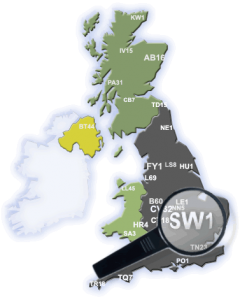 We send occasional newsletters out, usually around once a month which you can unsubscribe from at any time